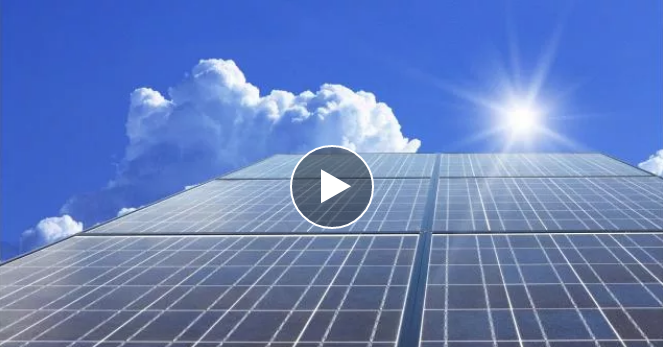 DEMING – When President Donald Trump imposed a tariff on solar panel and washing machine imports on Jan. 23, he said it would “demonstrate to the world that the United States won’t be taken advantage of anymore.”

The tariff was viewed by installers and trade groups as a potential gut-punch to the $28 billion U.S. solar energy industry, a sector that has grown rapidly in southern New Mexico over the past decade.

The tariffs imposed by the Trump administration could add as much as 50 percent to the cost of imported washing machines and 30 percent to solar panels.

“With tariffs, you are throwing the baby out with the bath water,” said Abigail Ross Hopper, president and CEO of the Solar Energy Industries Association, a trade group. “A tariff at this level will eliminate, not add to, American manufacturing jobs.”

Hopper said that out of 38,000 solar manufacturing jobs at the end of 2016, only 2,000 made cells and panels, the components of concern in the U.S. International Trade Commission’s case.

The tariff on solar cells and modules begins at 30 percent in 2018 and declines to 15 percent in 2021, after which the tariff expires.

The trade action followed a ruling last September by the bipartisan U.S. International Trade Commission that the American solar cell manufacturing industry was being harmed, as 95 percent of the solar panels in the United States are imported.While businesses involved in the installation and maintenance of photovoltaic systems have flourished, domestic manufacturers of solar panels have struggled. Since 2012, 30 American companies have gone out of business and two remaining companies have sought bankruptcy protection.

Over the past decade, New Mexico’s solar energy industry grew as the state looked to the sun as a resource for both energy and economic growth.

New Mexico has set a goal to produce 20 percent of its electricity from renewable sources by 2020. Customer incentive programs by utility companies, along with state and federal tax rebates offset the cost of installing solar systems for homeowners and small businesses, and even after these programs began to phase out, falling prices sustained growth.

A chart published by the federal Energy Information Administration, tracking the amount of energy produced from solar panels in New Mexico from January through November 2017, indicates a greater than 50 percent increase compared to the same period in 2016.

Luna County is home to utility-scale investments in solar energy as well.

The Deming Solar Center, along Columbus Road south of town, is a 9-megawatt facility generating enough power for the Public Service Company of New Mexico to power 3,000 homes. The solar farm opened in 2011 and expanded in 2013.

On Highway 26 near the former town of Nutt in Luna County, the Macho Springs Solar Facility went online in 2014, generating 50 megawatts, and the Alta Luna Solar Facility opened in March of 2017 under the management of Arizona-based Depcom Energy.

In recent meetings of Deming’s City Council, City Administrator Aaron Sera disclosed in open session an interest by an unnamed company in developing a solar farm in the Peru Mill Industrial Zone north of town.

A win for manufacturing?

U.S. Rep. Steve Pearce, R-N.M. — who represents southern New Mexico — welcomed the move to impose tariffs. The congressman is running for governor in 2018.

In September, when the trade commission announced its finding, Pearce said, “New Mexico has great potential to become a major hub in the U.S. for solar manufacturers and producers, however, pressure put on manufacturers by low-cost imports has forced many companies to go out of business.”As an example, he cited the 2012 closure of Schott Solar’s manufacturing facility in Albuquerque. “They were forced to close up shop because they couldn’t keep pace with the low market price for solar panels and products, laying off nearly 250 employees in Albuquerque,” said Pearce in 2017.

In a new statement, Pearce said this month’s trade action “moves the nation one step closer to an ‘all the above’ energy plan, unleashing America’s domestic energy production while developing greener sources of energy.”

The Solar Energy Industries Association argued in testimony before the trade commission that tariffs will not stimulate enough manufacturing to meet demand, setting up a crisis that will cause the industry to shed an estimated 23,000 jobs, including manufacturing jobs that produce racking systems, inverters, and other components of solar energy systems.

“We need to get serious”

In Silver City, the Wentz Electric Company oversaw more than 100 residential and small-business solar installations between 2006 and 2015. During that period, business manager Gayle Simmons said they trained five young workers as electricians to the journeyman level, three of whom went on to become electrical contractors.

“We need to get serious about switching from fossil fuels to solar and wind, and energy efficiency,” said Simmons, who retired in 2016. “They are big drivers of job creation in this country. 2.5 million jobs can be associated with efficiency and renewable energy together.”

Simmons blames “dumping” of low-priced silicon panels by foreign manufacturers for stifling competition from domestic companies and other technologies.

On the other hand, with so little domestic production of panels, Simmons is concerned the tariff will push costs upward, driving some installers out of business and slowing the expansion of renewable energy while climate change worsens.

PNM spokesman Dan Ware acknowledged that the tariffs are already affecting the price of panels while construction proceeds at three solar sites in Los Lunas. “We do believe it could have an impact on the local market,” he said, but noted that current projects would not be affected. “The tariff itself has an expiration date,” he added, noting the tariffs sunset after four years.

Construction of El Paso Electric’s $13 million 5-megawatt solar energy facility at Holloman Air Force Base in New Mexico’s Otero County is proceeding on schedule, according to the utility company. Spokesman George De La Torre said the panels for the facility, all manufactured domestically, were ordered and delivered last year.

Simmons suggested that if the policy aim is to bolster the local industries, investment would be a better policy than trade penalties.

“Oil and gas and nuclear industries have been subsidized for many years and they get subsidized a lot more than renewables do,” said Simmons. “The oil people are trying to hang on to a dying industry. It needs to go by the wayside.”

With or without subsidies, industry leaders remain bullish on renewable energy overtaking fossil fuels as soon as the next decade. On a Jan. 26 conference call, James Robo, CEO of the Fortune 200 energy company NextEra, predicted to investors that after the solar tariff sunsets, solar energy will be cheaper than coal — without incentives.